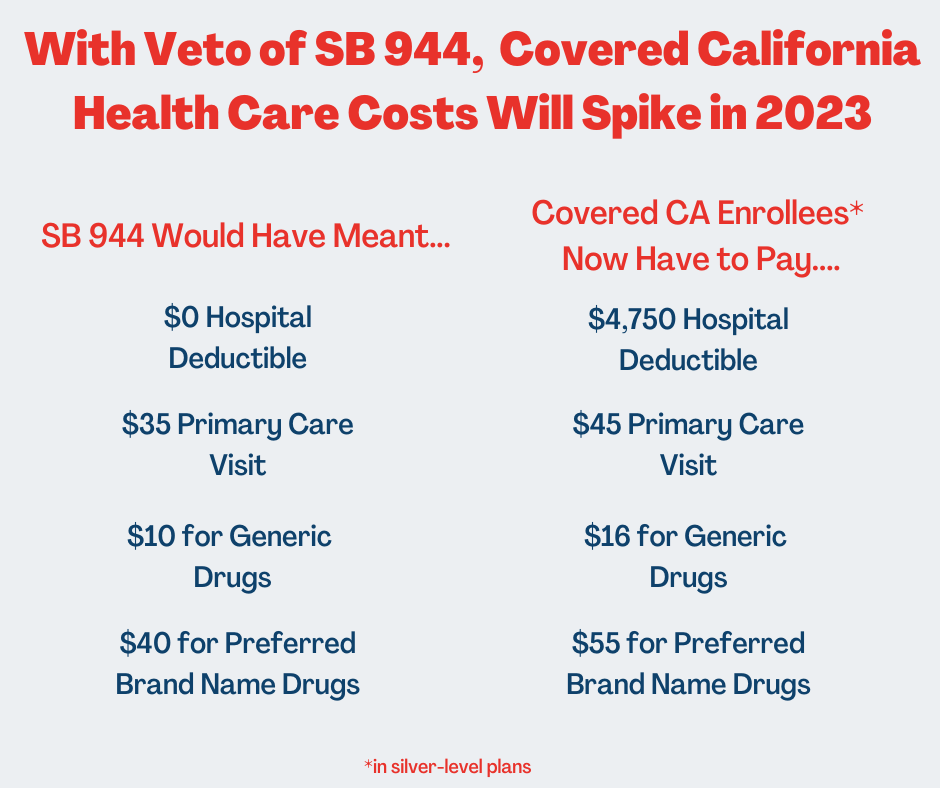 Today, Covered California released its 2019 enrollment numbers, showing sharp declines in new sign-ups, but overall enrollees holding steady. The new report shows Covered California’s resiliency despite federal sabotage, with 1.2 million renewals and nearly 300,000 new enrollees, a total of 1.5 million enrollees. However, new sign-ups were down significantly – 23.7% – due to the elimination of the penalty to have health insurance by the Trump Administration & Congress and continued affordability barriers for those buying insurance through Covered California. Covered California’s strong re-enrollment numbers show our state’s strategy to shield consumers from the sabotage of the Trump Administration has so far been successful. But the drop in new enrollments are a clarion call for continued and further state action to […] Read More

Today Governor Gavin Newsom unveiled his first budget, which includes first-in-the-nation investments for major expansions for California’s health care. The 2019-2020 budget proposes to expand Medi-Cal and to help middle-income Californians better afford premiums in Covered California and the individual insurance market. This budget takes first-of-the-nation steps to help Californians access health care and coverage, from removing exclusions in Medi-Cal to increasing affordability assistance for middle-income Californians to afford coverage. The Governor has laid out a viable path to universal coverage; and now the coming budget debate will be how far California will go down that path this year. This budget is a important next step toward a more affordable, equitable, and universal health care system in California. We will […] Read More

California Congressmembers are expected to vote Thursday on a decidedly anti-California tax bill, which in order to provide a tax giveaway to corporations and the wealthy, would raise taxes for many middle-income families, and force future cuts to key health care programs and other core services. If passed, it would be merged with the Senate bill that is in many ways worse, totally eliminating state and local tax deductions, and now including a repeal of the Affordable Care Act individual mandate that would raise health insurance premiums and lead to millions more uninsured Americans. The Senate tax bill now includes a repeal of the Affordable Care Act individual mandate, which will lead to premiums spikes of 10% or more, and […] Read More

Covered California is collaborating with the California Department of Health Care Services to explore options for California under Section 1332 of the Affordable Care Act (see Covered CA’s slide deck from last month’s informational webinar). Under Section 1332, states may seek a waiver from the federal government to pursue innovative approaches to achieve the primary goals of the ACA. The proposal should cover at least the same number of people with the same level of benefits, affordability, and consumer protections and cannot increase the federal deficit. Depending on local priorities for reform, states can seek to waive ACA provisions related to: The Exchange marketplace and subsidies for coverage Some insurance market rules but not all The individual mandate The employer responsibility […] Read More

With only three weeks to go until Covered California’s next open enrollment (November 1-January 31), today’s meeting of the Marketing, Outreach, and Enrollment Assistance Advisory Committee was packed with helpful information about Covered California’s research-driven strategies to maximize enrollment, especially in communities of color, and to help enrollees find their way into the best plan. Many of the strategies are informed by survey results on enrollee experience in 2014-15. Complete survey results should be released in tomorrow’s Covered CA Board Meeting. Highlights Marketing Strategies for Nov. 1: Building the Brand, While Showing Value of Insurance Current marketing strategies respond to survey results showing that many California consumers are aware of Covered CA, but many still are unfamiliar with the value of insurance. […] Read More

Two or three years ago, there was never even a question about the constitutionality of the so-called “individual mandate,” the requirement that people should have health insurance. There were (and remain) political and policy questions. In the debate over Governor Schwarzenegger’s proposal in 2007-8, and in the federal reform discussion, we had questions about its workability and feasibility, and importantly its affordability. But the consensus among legal scholars was that it was well within constitutional grounds. Opponents of health reform in general highlighted a constitutional critique, and with the political debate becoming so polarized, it perhaps shouldn’t have been a surprise that Republican-appointed judges started ruling against the individual mandate (and in one case, against the law as a whole). […] Read More

Ezra Klein, now at his new web address at The Washington Post, tags off the report by The New Republic’s Jonathan Cohn that health reform might not cost as much as believed. The Congressional Budget Office is projecting that some portion of the uninsured will stay uninsured, even with the “individual mandate.” But this should not be a surprise. We have an “individual mandate” for drivers to have auto insurance, and yet have a noncompliance rate of around 15%–although it ranges depending on the state. For the most part, the issue isn’t enforcement: my assumption–confirmed by survey research–is that the vast majority of people want health coverage-desperately; the question is will the reform remove the barriers and provide the assistance […] Read More

Among the positive signs for health reform this week was a New York Times article by Robert Pear, entitled “Health Insurers Offer to Accept All Applicants, on Condition.” The news: the main insurance industry lobby is willing to support “guaranteed issue”–that everybody gets access to coverage–as long as there is an “enforceable individual mandate”–that everybody has to get coverage. This isn’t a foreign concept to California health reformers: last year, most insurers were willing to consider such new rules for the individual market. But our biggest insurer, BlueCross (Wellpoint/Anthem), was opposed to any change. That the two trade groups, America’s Health Insurance Plans and the Blue Cross and Blue Shield Association, have made this statement, etiher suggests there is movement… […] Read More

There’s lots of important ballot measures on the California ballot, but one for health advocates to watch is in Arizona. In Arizona, there’s Proposition 101, which would block future universal health coverage efforts in that state, according to Jacob Goldstein of the Wall Street Journal Health Blog. The initiative, as a constitutional amendment, states that it would: “Prohibits laws that: restrict person’s choice of private health care systems or private plans; interfere with person’s or entity’s right to pay directly for lawful medical services; impose a penalty or fine for choosing to obtain or decline health care coverage or for participating in any health care system or plan.” While phrased as “choice,” in actuality it would prohibit even basic regulation […] Read More