With the California Legislature adjourning after midnight last Saturday, most of the action on priority bills for health consumers moves to the Governor’s desk. Most of the Heath Access-sponsored bills protecting consumers from unfair out-of-pocket costs are now one Governor’s signature away from enactment. There were disappointments in the final days of this year’s legislative activity, including the lack of action on a range of revenue and tobacco control measures in the special session. Health Access’ consumer protection proposal AB 533 (Bonta), to halt surprise bills, failed on a vote of 38-10—just 3 votes short of passage. Overall, though, many important patient protections passed in a productive session advancing health reform. Even if a bill makes it to the Governor’s desk and even […] Read More

New 2014 Census data have made it official, that the uninsured rate in both the United States and in California dropped dramatically with implementation of the Affordable Care Act, confirming independent local surveys and enrollment reports. California’s uninsured rate dropped from 17.2 in 2013 to 12.4% in 2014—and independent surveys suggest that figure is even lower today, more than a year after the Census-based data were collected. Beyond officially recognizing the success of the ACA, the Census data provide useful state-by-state comparisons: California showed the fifth-largest drop in health insurance, after Kentucky, West Virginia, Nevada, Oregon, and tied with Washington. Prior to full implementation of the ACA, California had one of the highest uninsured rates—seventh in the nation—California is now […] Read More 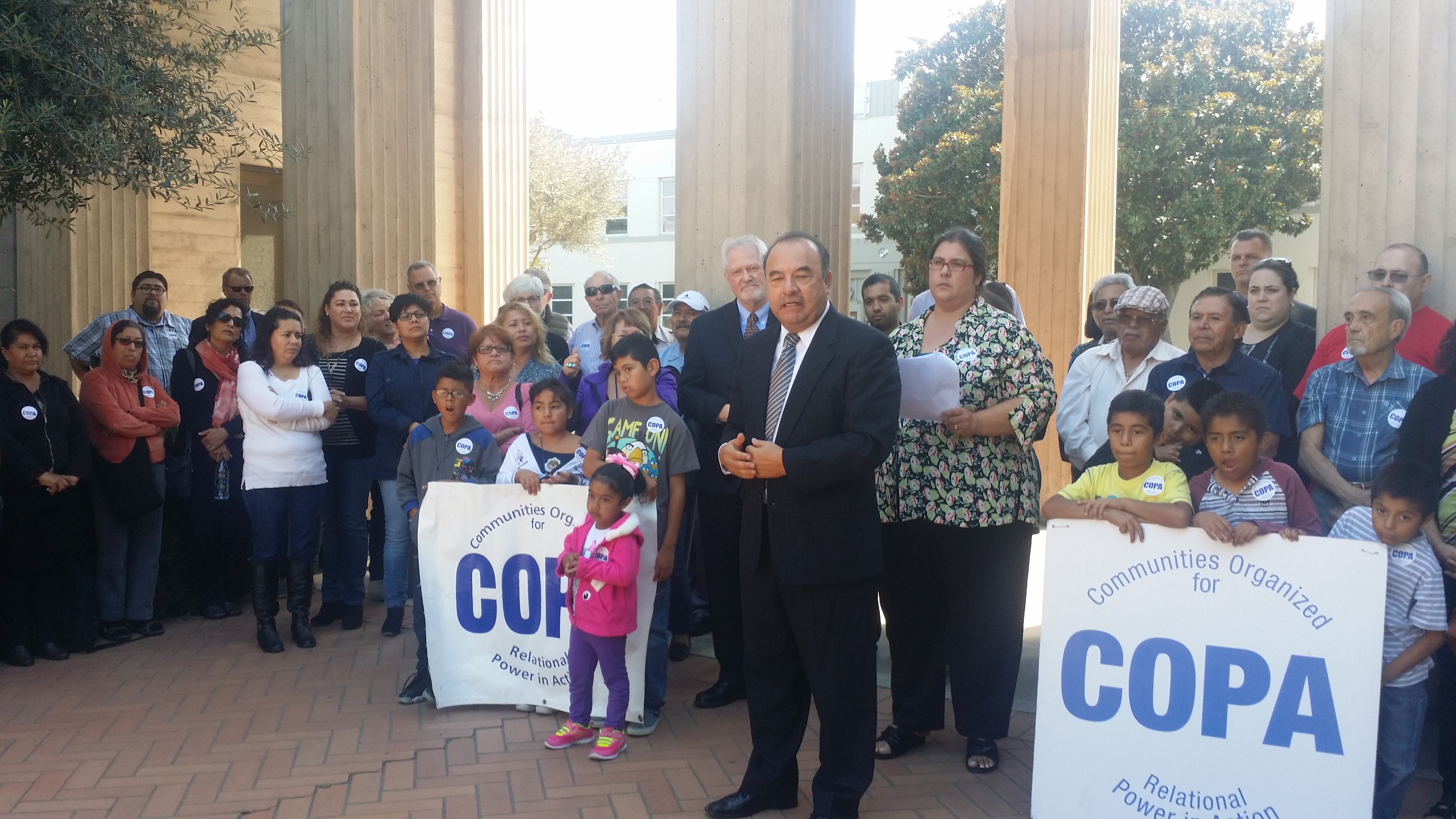 Building on recent victories for the #Health4All movement throughout California and at the county levels, yesterday the Monterey Board of Supervisors voted on a 5-0 vote to authorize a new $500,000 pilot program to extend limited specialty health care services to the remaining uninsured, including undocumented Monterey residents. The program will cover the cost of specified pharmacy, laboratory, and radiology services for eligible uninsured residents. Although the Monterey pilot program is a modest start, it’s a powerful signal that we can no longer exclude entire segments of our community from our health care system—and that counties are well positioned to ensure a coherent system of care that includes primary, preventive and specialty care on the front end rather than expensive […] Read More

Findings from a recent Kaiser Family Foundation survey of low and moderate income California residents, released yesterday, suggest the state is generally on the right track in ACA implementation, specifically in its choice to build a robust “active purchaser” exchange and to target communities with the largest coverage gaps. Those and other priorities of Covered California are paying off—starting with dramatic reductions in the state uninsured rate, the fact that enrollment of communities of color are very close to academic estimates, and in the slower rate of growth in premium costs. Survey findings further suggest the need to build on the state’s reform efforts through legislation and targeted appropriations that consumer advocates are seeking.  Though it may be purely coincidental, it’s fitting […] Read More

California Legislative Appropriations Committees just voted to pass key legislation, including SB4 #Health4All (Lara) to expand coverage regardless of immigration status and several patient protection bills limiting out-of-pocket costs. Though some bills were amended in today’s suspense hearings (details below), all will advance to floor votes next week. To advance this year, all bills must pass by the June 5th deadline. Health Access CA-Sponsored Bills on Out-of-Pocket Costs Heading to Floor Votes SB137 Accurate Provider Directories (Hernández):This bill, co-sponsored with CPEHN and Consumers Union, sets standards for health plan provider directories and creates more oversight on accuracy so people know whether their doctor is in network when they shop coverage, change coverage, or try to use their coverage. SB137 passed […] Read More

This year’s ITUP gathering, fittingly dedicated to Peter Harbage, featured many key insights and “take homes” for advocates. Rather than lament the absence of consumer voices from any of the plenary and workshop sessions, here’s our report with comment and reflection on most of the sessions in italics. Actionable News from Covered California Covered California Director Peter Lee announced that 474,000 Californians have newly enrolled in coverage in the second open enrollment period that ended Sunday–and expressed confidence that Covered California would meet the 500,000 target when stragglers are brought in and the final numbers are tallied. But just to be sure and to compensate for the long wait times to get help enrolling by phone (800-300-1506), open enrollment has been extended through Sunday, […] Read More

This post was written by Rose Auguste, Health Access Organizer (Northern California). The work to cover all Californians continues at the local level. On Wednesday, October 8th community members, health and  immigration advocates, students and Alameda County legislators held a press event at the Oakland State Building in support of SB1005 (Lara), the Health For All Act.  The “H4All” Act expands access to health care coverage for all Californians, regardless of immigration status.  Event participants held signs bearing an image of a ticking clock, stating “The Time Is Now,” highlighting the urgent need for H4All Community members shared personal stories of how the lack of access to healthcare has had a negative impact on them, their families, and their community. “No one […] Read More

Since Friday and extending through Monday, the Remote Area Medical (RAM) Volunteer Corps has been providing free medical, dental, and vision services to thousands of Californians here in Sacramento. (Here’s Peter Hecht’s story in the Sacramento Bee.) The group, which started providing these clinics in isolated areas in the Amazon, has been meeting the significant demands here California (this weekend in Sacramento, next weekend in Oakland), and spotlighting the significant health crisis here. It’s a sad but telling situation that a volunteer health clinic developed to serve isolated and impoverished areas in Third World nations finds so much demand in the Capitol of the largest state of the richest country. And that people need to camp out at CalExpo and […] Read More