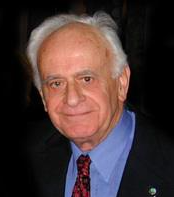 Bill was a remarkable person, an activist at heart. He genuinely cared about people and acknowledged the value of each person he met. Even after he officially retired from an active and meaningful life advocating for affordable housing, Bill Powers continued to be the conscience of the California Capitol for years to come, on multiple social justice issues, including health care. Health Access California was proud to have him on our board as a representative of the Congress of California Seniors, and he served as our chair for several years.

Personally, he was one of the first people I met in Sacramento. As the new organizing director for Health Access California, I tried to coordinate a meeting with a handful of key senior advocate leaders on the work to defend Medicare and Social Security in 2001 during the Bush years, and he was at the top of the list of who I should connect with. The day of the meeting, I show up not having met anybody in person, and unsure if I was in the right room. He immediately sized me up, said I “looked like an organizer,” which was about the best way to welcome me from his perspective, and mine.

He was always there to testify on behalf of our bills—from lowering prescription drug costs, to expanding coverage to low-income Californians. He was unafraid to be a truth teller and to talk about the real impacts on California families. When he finally retired again, from his work at the California Alliance of Retired Americans, he still continued to be active, volunteering to counsel seniors about the Medicare benefits. Bill was also known to sweep the leaves from his neighbors’ sidewalks and gutters, a real help in an older neighborhood of Sacramento. He and his lovely wife Gloria did move to Colorado to be with family, but he was not forgotten in California, and should not be. Rest in Power, Bill Powers.