The fight to pass health reform was epic, full of close calls, dramatic votes, and stirring courage and activism across the nation. 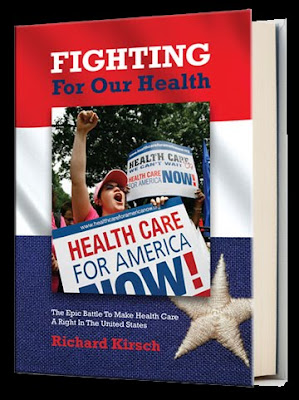 A new book details that suspenseful story, as told by Richard Kirsch, who served as the National Campaign Manager for the Health Care for America Now! campaign. Health Access helped lead that effort here in California. Entitled Fighting for Our Health: The Epic Battle to Make Health Care a Right in the United States, the book is a fun and frank account of what really happened—both in DC and across the country, including here in California—to pass the federal law.

We think the discussion with Richard will be a great way for health care policy folks, community organizers, individual activists and members, and all who followed the great health reform debate, to reconnect with ACA efforts, but also for all of us to look to the future–and talk about what’s next, after the Supreme Court decision, both nationally and here in California.