This week, the U.S. Congress is poised to vote on a much anticipated package of health and other reforms that will provide both immediate and long-term relief from rising health plan premiums and prescription drug prices. In addition to notable climate change and tax policy provisions, the Inflation Reduction Act represents the most impactful federal legislation on health costs since the passage of the Affordable Care Act.

With the Inflation Reduction Act, California will get real relief from inflated health plan premiums and prescription drug prices. It reforms that patient advocates have sought for years, if not decades, including: 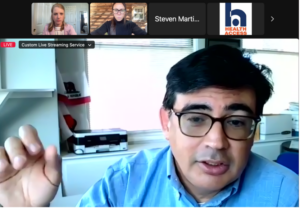 COVERED CALIFORNIA PREMIUM ASSISTANCE: Without the Inflation Reduction Act, the additional financial help that virtually all Covered California enrollees have enjoyed in 2021 and 2022 will expire at the end of the year. This affordability assistance capped premiums at 8.5% of income for all enrollees and even less for lower income consumers. These subsidies have been very successful, leading to an increase in health coverage of 200,000 more Covered California enrollees, saving thousands of dollars in premium costs for most who were already enrolled, and stabilizing the market with limited rate increases.

Inaction could lead to massive premium spikes for Californians who purchase health care on their own. Without an extension, the average Covered California enrollee will likely see an 83% increase in premiums, costing Californians and their families an average of over $1,000 per year. These impacts would vary by income range.

Other major variations will be seen by California regions:

While this may be a party line vote, the impacts will be felt in red and blue districts alike. With regard to Congressional districts, some of the districts that will be hit the hardest, with premiums doubling or more for subsidized Covered California members, span the political spectrum:

If Congress does not act, California consumers would lose over $1.7 billion in affordability assistance. While the state budgeted funding to backfill, it is just a fifth of what we would lose.

PRESCRIPTION DRUG REFORM: The three-year extension of Affordable Care Act affordability assistance in the Inflation Reduction Act would be largely funded by prescription drug price reform. The benefits of the drug reforms in the bill would be historic, and finally enacting decades long health care and consumer advocate goals. A recent KFF analysis estimated that over 700,000 Californians in Medicare would benefit in multiple ways:

So many Californians are reminded of inflated drug prices every month as they visit the pharmacy or pay a premium. After decades of discussion, this package finally takes a firm step to use the government’s purchasing power to negotiate lower prices, and provide real relief to those in Medicare and beyond.