A Look Back at the Dozen Years of Implementing & Improving the Affordable Care Act, and More in CA 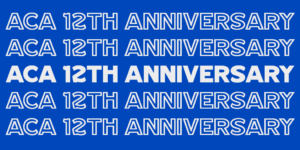 The last decade+ in California was built on two major events, which shaped the years ahead:

Here is a timeline of health reform in California since the passage of the ACA in 2010:

California passes key bills to adopt many of the consumer protections in the Affordable Care Act, including:

Prop. 30, an upper income tax increase, passes, which along with previous steep budget cuts and a recovering economy, promises to end a decade of budget deficits and crises.

President Obama re-elected, with Democrats gaining seats in the U.S. House & Senate, continuing implementation of the Affordable Care Act, which is upheld by the Supreme Court.

California takes steps to #Health4All, the effort to include undocumented immigrants in our health system:

Improvements in Medi-Cal include a new “Medi-Cal 2020” waiver, a revamped MCO tax, and key investments, including the limiting of estate recovery.

In special session, the Legislature passes the strongest tobacco control package in a generation, raising the smoking age to 21 and regulating e-cigarettes.

GOP control of the White House and Congress threatens the progress made and the coverage provided for millions under Medicaid, Medicare, and the Affordable Care Act. Yet after multiple attempts at ACA repeal and Medicaid cuts and caps, these core health programs largely survive the year due to massive resistance, including in California.

California continues to see a reduction in the uninsured to 7%, despite federal administrative attacks on the ACA, due to state counter-actions by Covered California and the Legislature, such as AB 156 (Wood) on a full three-month open enrollment, and SB 133 (Hernandez) to ensure patients continuity of care when insurers withdraw from a market.

Dental and vision coverage in Medi-Cal are fully restored in the state budget, along with provide rate supplements from tobacco tax funds.

California placed greater oversight on the industry, including:

A global pandemic necessitated a broad range of state and federal public health responses, such as new efforts to for no-cost testing and treatment for COVID-19 through private coverage and Medi-Cal, including for the uninsured and underinsured. During this public health emergency, the ACA’s coverage expansions became an essential safety-net to keep Californians covered, even as many lost employer-based coverage. California implemented its additional affordability assistance in Covered California and the Medi-Cal expansions for all income-eligible young adults, regardless of immigration status, and rejected budget pressure to roll back benefits.

The federal “No Surprises Act” passes, providing a comprehensive national solution to surprise medical bills from doctors and hospitals, largely based on California’s AB 72 from 2016.

State legislative advances included the introduction of “CalAIM” reforms and recontracting in Medi-Cal, and:

With the swearing in of President Joe Biden and Vice President Kamala Harris, and later former CA Attorney General  Xavier Becerra as HHS Secretary, a new pandemic response begins, including the American Rescue Plan, which created new federal subsidies in 2021 and 2022 to provide additional financial help, so nobody of any income has to spend more than 8.5% of the income on premiums in Covered California.

At the state level, Governor Newsom and the Legislature agreed to expand Medi-Cal for all income-eligible older adults 50 years old or more, regardless of immigration status, (Arambula, Durazo)

Governor Newsom proposes to fully remove the exclusion of Medi-Cal based on immigration status, extending coverage to another 700,000 Californians. Other budget investments proposed include:

California takes steps to hold health plans accountable for improved quality and equity, as a purchaser and regulator: