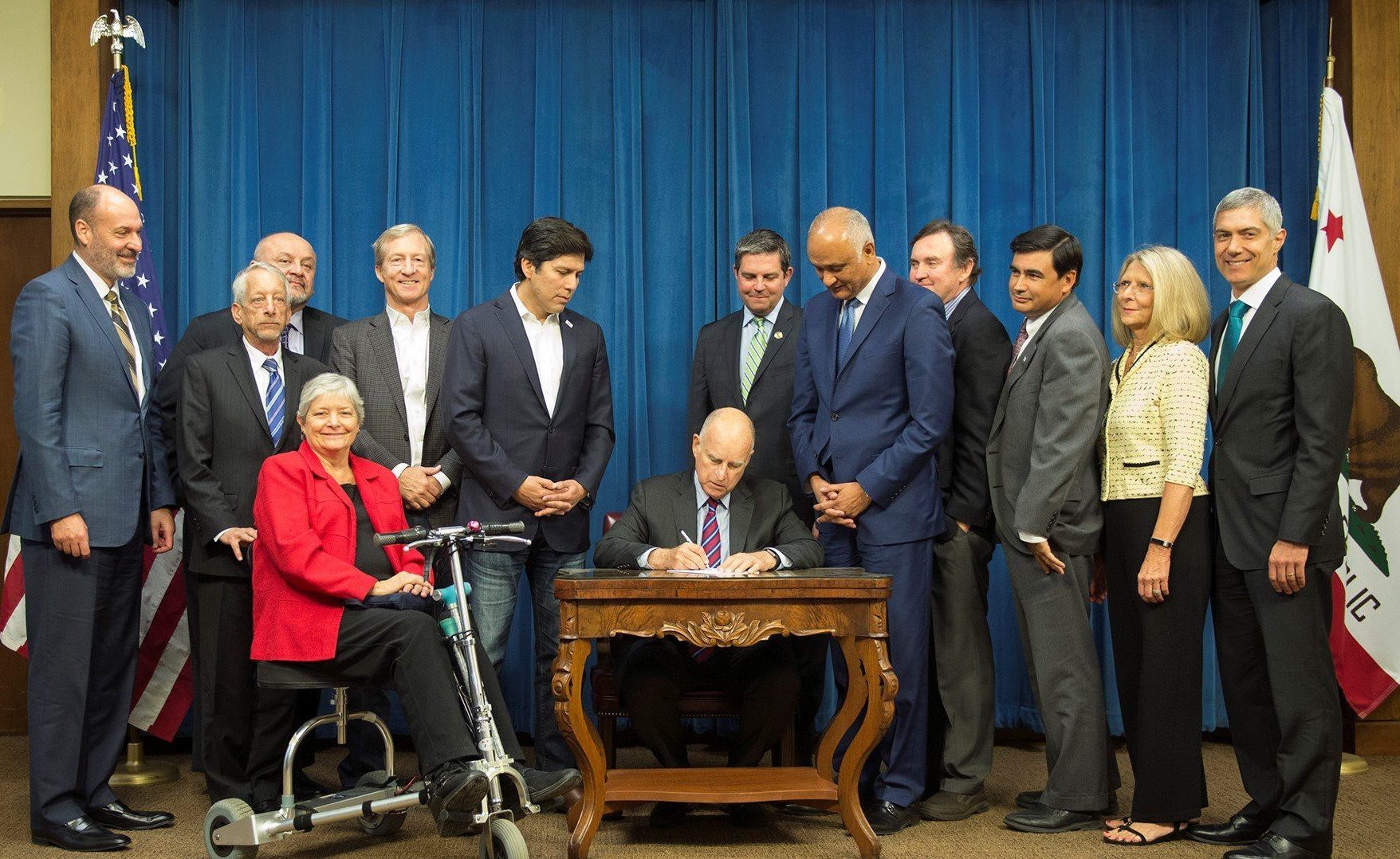 This morning, California Governor Jerry Brown signed SB 17 by Senator Ed Hernandez, nationally influential prescription drug price legislation, at a rare signing ceremony at the State Capitol. The new law will require prescription drug companies to provide advance notice and explanation for any price hike of more than 16% over two years. Despite a heavy lobbying and media campaign by the pharmaceutical industry opposing the bill, SB 17, strongly backed by a broad coalition of consumer, labor, business, insurer, and other health organizations, eventually won overwhelming bipartisan support with a 66-9 vote in the State Assembly, and a 32-8 vote in the State Senate. The bill was co-sponsored by Health Access, the California Labor Federation, and UNITE HERE. With every […] Read More

Congress is back in session today. The good news is that there are bipartisan hearings scheduled, with testimony from a group of bipartisan Governors who last week released a series of recommendations for improving the ACA, including funding the cost-sharing reductions, reinsurance, fixing the family glitch, aggressive outreach and enrollment, and more. The bad news is that the Trump Administration is actually going in the opposite direction. Last week, HHS said that they would be scaling back marketing (by 90%!) and application assistance funding for the upcoming open enrollment period. Thankfully, Covered California raises its own marketing budget, so we have the will & wherewithal to withstand yet another attempt to sabotage the ACA here in our state. For example, […] Read More

A package of five bills targeting high prescription drug prices need final votes within a month. SB 17 to require transparency and advance notice of Rx drugs is shaping up to be the biggest health policy fight this fall.

In the midst of the ongoing federal fight, Health Access continues to advocate on behalf of consumers at the state level, sponsoring AB 595 (Wood) to strengthen state oversight over health plan mergers.

Momentum continues to build against secretive prescription drug practices with the introduction of SB 17 (Hernandez) which is being hailed by health care consumers and labor advocates alike.

The best way to understand just what this AB 72 will mean for Californians is to talk to one of the people whose life has been affected by surprise bills.