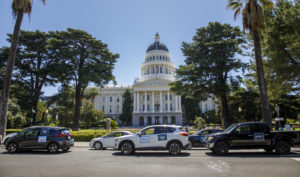 At the same time that the California Legislature was debating billions of dollars of budget cuts to health and other vital services during a pandemic and an economic downturn, California’s 154 billionaires collectively saw their wealth increase by $175.4 billion or 25.5% during the first three months of the COVID-19 pandemic, according to a new report by Americans for Tax Fairness (ATF), Health Care for America Now (HCAN) and Health Access California. Another 11 Californians were newly minted billionaires during the same period.

Coming on the heels of a new California state budget that has billions of cuts deferred, scheduled, and subject to triggers, unless needed federal aid comes through, the new data provides a powerful argument for health, education, and other advocates seeking new federal funds and new state revenues, including taxes on the wealthiest, in order to prevent cuts and make needed investments in a time of great need.

Grassroots energy for the concept of budget equity in California drove multiple events throughout the state this week with the Commit to Equity: Invest in Our Communities campaign holding car rallies of hundreds in Sacramento, San Francisco, Fresno, San Diego, and Los Angeles. 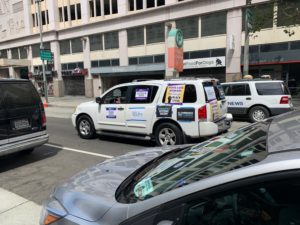 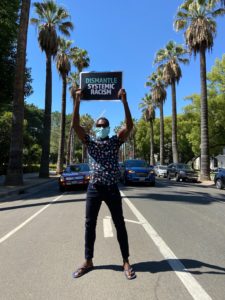 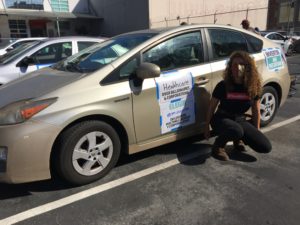 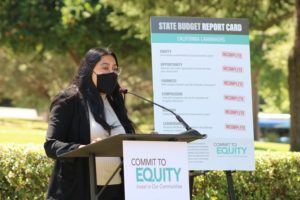 Organizers delivered lawmakers with an “incomplete” report card on the budget, emphasizing that we have much more work to do to create a budget that lifts all Californians up together.

While most cuts were deferred in the final budget deal (the health care portions detailed on this scorecard), some cuts are still scheduled, unless federal aid materializes, like $1.2 billion in cuts to Medi-Cal providers. Still others, like denying health coverage to tens of thousands of low-income seniors—will be back on the table without federal aid or new state tax revenues.

It’s incomprehensible that California Lawmakers have to make the choice to cut health care for seniors, low-income communities, and Black and brown Californians most at risk in the middle of a pandemic—without first asking more from our richest billionaires who are experiencing massive windfalls of additional wealth.

A modest tax on those with the most can preserve health and other vital services for those with the least, and all that are struggling in this economic and public health crisis. If we don’t have significant federal aid and new state tax revenue on billionaires or corporations, Californians will see major cuts to education, health and other programs that we need more than ever now.

Find the full list of California’s billionaires and report here